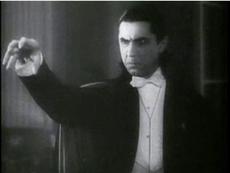 Who Was Bela Lugosi?

He was a natural for the part of Dracula, having grown up not far from where the legendary Vlad the Impaler lived. Strangely, he is one of Hungary's most-famous exports, but only because of the many horror movies he made. From the defining "Dracula" to some awful B-movies made by Ed Wood, Lugosi is part of that strange, campy, American pop-culture, right there with Marilyn Monroe, Joe DiMaggio, Michael Jackson, Michael Jordan and Elvis.

His life started with great success, but quickly he became labeled and stereotyped, and later shunned as a suspected Communist. His home life was a tragedy, filled with divorce and unhappiness.